Are you, by any chance, one of those people who live inside the best creation of all time – the smartphone?

Not literally, of course.

Most of us have at least once or twice felt the temptation to endlessly scroll on Social Media.

And that’s not all:

Checking mail, looking at the weather forecast, chatting with friends, or listening to music – they’re all on the list of things we do on our phones.

Today, we have some exciting Apple Watch statistics on the menu!

What are the different Apple Watch models out there? What do they do? How is the device positioned on the market? What about the sales, the trends, the predictions about the future?

(Apple statistics are incredible as well. Those guys know how to make it rain.)

Yup, we’ve got it all covered now.

Buckle up, here we go!

Remember the saying, “Don't judge a book by its cover”?

As amazing as the Apple Watch may be (those of you who’ve tried it know what we’re talking about), it’s not until we dig deeper into the numbers that we can truly appreciate the product’s immense value.

Let’s explore some of the most astonishing facts and figures behind the Apple Watch’s tremendous success.

1. Sales projections show that 33 million Apple Watch units are expected to be sold in 2019.

The innovative gadget has surely worked its way into the hearts of consumers around the world.

And we have the stats to prove it:

These results are pretty amazing themselves, but they become even more interesting once we follow the growth of the Apple Watch in recent years.

In 2017, the number of Apple Watch devices shipped by Apple was below 20 million. If you read on, you’ll see how 2018 went for the device. And projections for 2019 are incredible!

The Apple Watch forecast is that a total of 33 million devices will be sold in 2019.

Now that’s what we call popularity!

Apple is facing severe competition from rivals such as Samsung and Fitbit. The Apple Watch market share remains stable, however.

Despite the challenging business environment, one in every three smartwatches sold during the first quarter of 2019 was an Apple Watch.

So, even though the numbers are dropping, the Apple Watch remains a hit with consumers. The cool smart wearable is still the most popular on the globe, and it’s not going anywhere any time soon!

When looking at the Apple Watch sales for 2018 it’s almost impossible to avoid mentioning its closest rivals.

Both Fitbit and Samsung have improved their smartwatch offering significantly since 2017. With mutual efforts, the smartwatch industry is developing at the speed of light. And who knows what the next few years have in store for us!

4. Apple dispatched 9.2 million Apple Watch units in Q4 2018, capturing half of the market.

How does this information look if we go back in time a little? Statistics on the Apple Watch reveal that:

And that’s no coincidence.

Apple is pretty cautious about releasing sensitive information that its main competitors can benefit from. However, if we do a bit of simple math, we can get a clear idea of overall revenues.

The digital watch was first introduced to the market in 2015. The starting price of the Apple Watch was $350. Multiplying the Apple Watch price by the units sold shows us the company made between $5.25 and 7 billion in revenue from the watch during its first year on the market.

But what happened next?

After a worrying drop in sales during 2016 (when we say worrying, we mean a massive 71% sales drop), the device’s popularity picked up again in 2017.

Well, they say that in order for life to exist, there must be change.

The ups and downs of the Apple Watch are a perfect example of an innovative idea adapting to the market.

So, let’s see what the future holds.

Now that we’ve covered the stats and facts, let’s see what we can discover from a user behavior point of view.

Apple Watch users statistics uncover interesting facts about the way consumers use the device. And there’s a lot you can do with the gadget. For example:

And so much more!

We won’t even touch the topic of design, as one article will not be enough. If you still haven’t put your hands on a device like this, now is the time to start looking for Apple Watch deals.

What Apple Watches Are There so Far?

Apple has already released a number of different models, introducing updates and enhancements with each next version.

Going from latest to earliest, let’s see what features are available on each model.

Apple is planning a new series of Apple Watch for next year!

But don’t hold your breath just yet:

September 2020 is the earliest that we can expect to see the Apple Watch Series 6.

The latest version of the watch on the market today is the Series 5. In fact, it was just announced last month during Apple’s fall event on September 10, 2019.

The pricing of the device starts at $399 for the GPS-only model. If you’re looking for the LTE connected model, prepare to part with at least $499.

So what’s new and exciting about this series?

The previous version of Apple’s gadget is also not to be underestimated. 11.5 million Apple Watch 4 devices were sold in 2018, proving how desired and popular it was and still is.

The release of series 4 of the Apple Watch device was a truly spectacular time for Apple. The wearables’  sales skyrocketed and outreached every other smartwatch in 2018.

To make the achievement even more fantastic – it did so in just one quarter!

So what’s it all about?

Apart from being utterly cool to have as an extension of your iPhone, the Apple Watch is also handy when it comes to health.

It is only natural that Apple Watch sport sales will go up, considering the capabilities of the device. It allows you to easily track your burned calories, resting heart rate, and lots more.

Imagine getting a notification every time your heart rate changes (yes, it does do that). It is also the first gadget to have a built-in electrical heart sensor, which takes an electrocardiogram (ECG).

The price of this absolute gem starts at $344 (best price) and goes up depending on size, features, and design.

Let’s continue our journey back in time with a look at the third series. At first glance, it looked pretty similar to its predecessor. But there were some important innovations, such as:

Currently, you can get the Apple Watch 3 for as little as $199, especially if you search for Black Friday Apple Watch deals (more on this in a few moments).

In 2016, the Apple Watch Series 2 was released, and Series 1 was discontinued. The version included significant improvements from the first series.

When it first saw the light of day, the device came in three different lines:

And there you have it, a full revisit of the history of the Apple Watch!

It’s not our intention to compare the different series to conclude which one is the Best Apple Watch. Instead, we want to acknowledge the evolution of the device and see how its potential has unfolded over the years.

So, if you don’t want to sit around and wait for the next versions to come out, you can find the device at lower prices - as long as you do your research right.

It’s literally one of the most eagerly anticipated times of the year.

This year, the special day will be on November 29th, so you better have your debit cards ready! There is already a ton of information online on some sweet deals. And guess what, Apple Watch deals are on the list! (Of course they are, it’s awesome!)

If you’ve been waiting for a convenient time to buy Apple’s smartwatch, this is it!

And as Apple Watch statistics clearly show, you won’t be the only person buying one, that’s for sure!

Apple Watch sales are forecast to go through the roof at the end of November when the deals are announced. This is no surprise, as the smartwatch has been rated the best smartwatch for 2019.

Not a lot is expected in terms of deals for the Series 3 and Series 5 from Apple. Rather, external retailers such as Amazon, Best Buy, and Walmart will be offering discounts on the gadget, making it even more tempting to have.

And here’s the cherry on top:

Expectations are the deals will be announced earlier than the official date of Black Friday. In other words, Apple Watch Black Friday will start early this year.

For instance, the most recent release of the smartwatch is already on sale for $50 off on Amazon. The 40mm Stainless Steel Model can now be yours for $649. That’s not bad at all, is it?

But before we get too dreamy with all of the discounts we can expect to see next month, let’s go back to the product itself.

Tougher than the standard, the gold used on the Apple Watch is specifically selected in order to prevent scratches on the surface of the gadget.

Apple Watch Trends to Keep an Eye on

And no, we don’t mean the activity trends that we just can’t get enough of.

Let’s actually look into the trends surrounding the Apple Watch.

There is a whole world of questions when it comes to the future potential of the smartwatch. The wearables market is dynamic and constantly evolving to suit the needs of customers around the world.

So, one of the most frequently asked questions about Apple’s wearable device is whether it will gain independence from the iPhone to become a separate gadget. (They are pretty linked at the moment.)

It will be interesting to analyze the statistics of Apple Watch for 2019 and see how consumer behavior has changed after the release of the newest version.

Whoa, we covered a lot of cool facts and stats about the Apple Watch, didn’t we?

We went over the sales figures behind the smart wearable to see some extraordinary results Apple has achieved. We saw that the Apple Watch is the best smartwatch for 2019 - not an easy title to win!

And if you weren’t sure about which Apple Watch to buy, our quick overview of the different models out there and their unique features will come in handy.

We hope you’ve enjoyed coming across some of the not-so-popularly-discussed facts about the product.

Finally, we had a look at what the future holds for the Apple Watch.

We hope that this Apple Watch statistics article has intrigued you and given you a better appreciation of one of the top devices to have in 2019.

And before you go:

Remember to keep an eye out for those Black Friday and Cyber Monday deals. They’re certainly something you don’t want to miss!

See you around, guys! 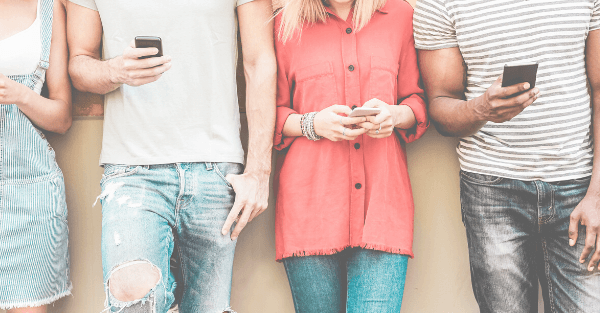 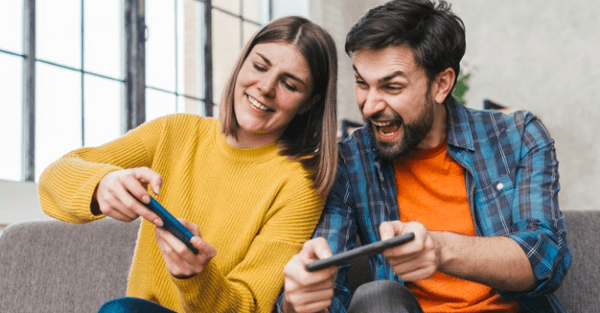