21+ Gender Wage Gap Statistics Every Woman Should Know in 2021

21+ Gender Wage Gap Statistics Every Woman Should Know in 2021

It depends on the age group.

Gender wage gap has been an ongoing debate for years.

Let us show you some gender wage gap statistics, to help you decide:

Researchers have been tracking the recruiting trends and gender wage gap statistics since 1980. It seems that since then the gender wage gap has shrunk but it has stayed persistent.

Why is there a gender pay gap?

Let’s see the difference between the hourly earnings of male and female employees. The numbers are staggering:

Women’s efforts still aren’t regarded as highly as men’s. According to the latest stats, women still make only $0.79 for every dollar that men make in 2019. Although this number is pretty small, the good news is that since 2015 the difference in earnings between men and women has decreased. Unfortunately, only $0.05.

Women’s skills are often undervalued and they have to deal with wage discrimination constantly. Based on the study conducted by the Institute of Women’s Policy, more than half of the mid-skilled workers are women, actually 55%.

83% of those women actually earn a salary which is less than $30,000 a year. Georgetown University Center on Education and the Workforce reports that women earn an average salary of $27,864 as opposed to men who earn $44,191 while working at these positions.

The problem lies in occupational segregation since women are mostly stuck working in low-paying careers like cosmetology or child care. On the other hand, men usually work in the welding or automobile industry.

A big problem still remains during pregnancy periods when it comes to working women. Taking maternity leave seems like a natural thing. Well…

Work discrimination occurs when employers start paying women less money as opposed to men for the same position. What is even staggering is that some women are unable to get their jobs back after the pregnancy period is finished. More than 50,000 women were forced to leave their jobs after due to maternity leave absences.

4. Part-time jobs and caring responsibilities are not shared equally. More than 50% of the gender wage gap is due to this factor.

The gender pay gap increases significantly after childbirth because women focus on taking care of their children. There are many cases where women are forced to take part-time jobs after childbirth. They also take care of the elderly in some cases.

The result greatly affects the pay since most of those jobs don’t provide any availability of career progression.

5. Only 40% of women reach senior roles in their careers.

Due to the persistent wage gap between the two genders, the female full-time workers in the US annually lose $915 billion. This is a huge loss to the overall GDP of the country.

It also has a personal effect on families as women are unable to support themselves, save money, nor are able to invest in their future.

Now, the good news is:

Thanks to the recent developments, the wage rates gap between the two sexes has become significantly smaller. However, it is far from encouraging, though.  It will stay a problem until 2059, according to the gender age gap 2020 trend.

A full-time working woman earns 80.7 cents for every dollar a man makes today.

8. Women of color have to deal with a greater pay gap.

As gender wage gap statistics 2020 point, women of color have to deal with an even greater difference in salaries. The alarming thing is that this is happening even in the 25 major metropolitans. This pay gap exists across different sectors and different industries.

Major cities in the US like Seattle, Detroit, and San Francisco have the largest gaps when it comes to pay.

The stats on the gender wage gap 2019 show the progress made with the median annual earnings has slowed down significantly. This is because the corporate world has continued to find various reasons not to address this issue at all.

Unfortunately, things may not be improving as fast as we would want them to as the weekly gender wage gap narrowed by less than 1 percentage point for the period between 2008 and 2018. This is opposed to 3.4 percentage points that occurred in the previous 10-year period.

10. More than 60% of women, including two-thirds of single mothers, would benefit greatly from earning equality.

Here is what will happen if earning equality becomes a thing. As per the gender wage gap statistics 2019, more than 60% of the women will benefit from an increase in their income.

This would also bring declining numbers for single mother poverty from 28.9% to 14.5%.

The median remuneration of men was higher than that of women in 2019. Although not as high as you would hope them to be, there’s a 1% improvement from the gender wage gap statistics 2018. While a 5% improvement since 2015 was established.

Unfortunately, the progress is slow and things may be slowing down at this point.

12. More women choose to work in low-paying sectors as opposed to men.

According to a study conducted by the Bureau of Labor Statistics, women are more inclined towards low paying sectors as compared to men. Women are generally considered to be better at people skills. So, they are better candidates for jobs related to healthcare, education, personal care, office support, social and community services.

13. Women are more likely to feel that they are being underpaid.

The National Bureau of Economic Research also revealed that the majority of workers feel less satisfied with their work if they are not paid enough.

14. Married women work 4.5 hours per week more than men who have never married.

Based on marriage status, women who got married are much more hard-working than males who never got married. In fact, based on the recent statistics, they were able to work 4.5 hours longer per week.

Additionally, married women proved to be more productive than unmarried women. They managed to gain an advantage of 1.7 working hours per week more.

The US Census released a report in which they adjusted the gap by altering the methodology. The stats for the previous year remain the same. In 2018, the еarnings ratio indicates a gap of 82%.

16. The gender wage gap becomes even worse when we include bonuses.

According to the statistics on the gender wage gap, much of the difference between the male and female salaries come from the bonuses received. In fact, things get significantly worse for female employees when bonuses are given.

A study showed that women are already paid 17% less than men, equating to approximately $15,000. But when it comes to bonus time, things get a lot worse. The pay gap widens to 19% when it comes to incentives given to women, which equals to $18,500.

17. 46% of men think that the gender wage gap is a fictional concept.

The gender wage gap statistics show that a significant number of men think that the gender wage gap is a fictional concept. They think it’s made up by politicians to serve their purpose. They are not willing to understand the issue at all.

Actually, four out of ten Americans think so as well. 46% of men and a total of 30% of women in the US consider the pay gap to be a fictional concept.

18. The labor force participation from women has decreased significantly in recent years.

Mainly due to the change in demographics, the labor force participation has been declining. Older people usually do not participate in the workforce and leave things to the younger ones.

When it comes to receiving a job offer, 51% of men demand a higher salary as opposed to 12.5%. This does not mean that men are more courageous or are better negotiators. In fact, if we look at it closely, when women do decide to ask more money, 30% of them receive less than they demanded.

Women who do not bargain lose between $750.000 to $2 million during the course of their careers.

Gender wage gap statistics show that the gender wage gap continues to prevail in the US economy. It seems that gender inequality in the workplace is here to stay.

On the bright side, a number of new companies are looking into ways to change that. They are hard believers in equal pay for equal work. This is exactly the reason why the gap is significantly smaller between people under 35.

The data on the gender pay gap in the USA indicate that difference gets even bigger after childbirth. This is the point where women focus on their families and children while men focus on building their careers for their families.

So, that was an eye-opener…

Tell us how your perception of the gender pay gap has changed in the comments!

Till next time with more mind-blowing stats from the Leftronic team!

Why is there a gender pay gap?

The differences between the wages are caused by the occupational segregation that exists in the US economy. More men are in higher-paid industries while women are in low-paying sectors. Then there are more men working in high-level jobs as well!

However, this is not an easy question to answer at all, as there are a lot of reasons for women to be paid lower than men.

According to the data released by IWPF, in 2018, women only earn 825 of what men earn today. This means that the women get 82 cents of every dollar earned by men. This is a gender wage gap of 20%.

Therefore, the gender wage gap is still very much existent even today, although one would expect it to decline.

How is the wage gap calculated?

Why is pay equity important?

This is an important tool to advance women into leadership roles. This will allow the companies to retain good talent and they will also manage to boost women's participation. It will allow them to boost their company image. This can also avoid the companies to avoid any legal claims. So these gender wage gaps statistics are not to be taken lightly! 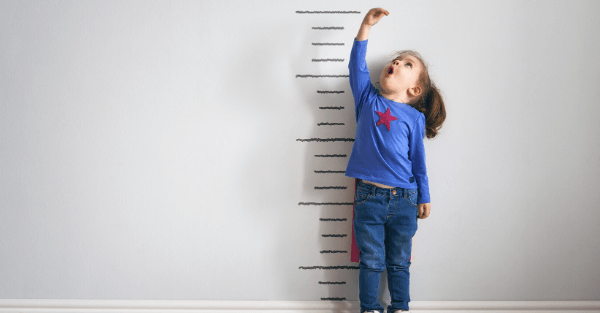 19+ Fascinating Wage Growth Statistics from the US 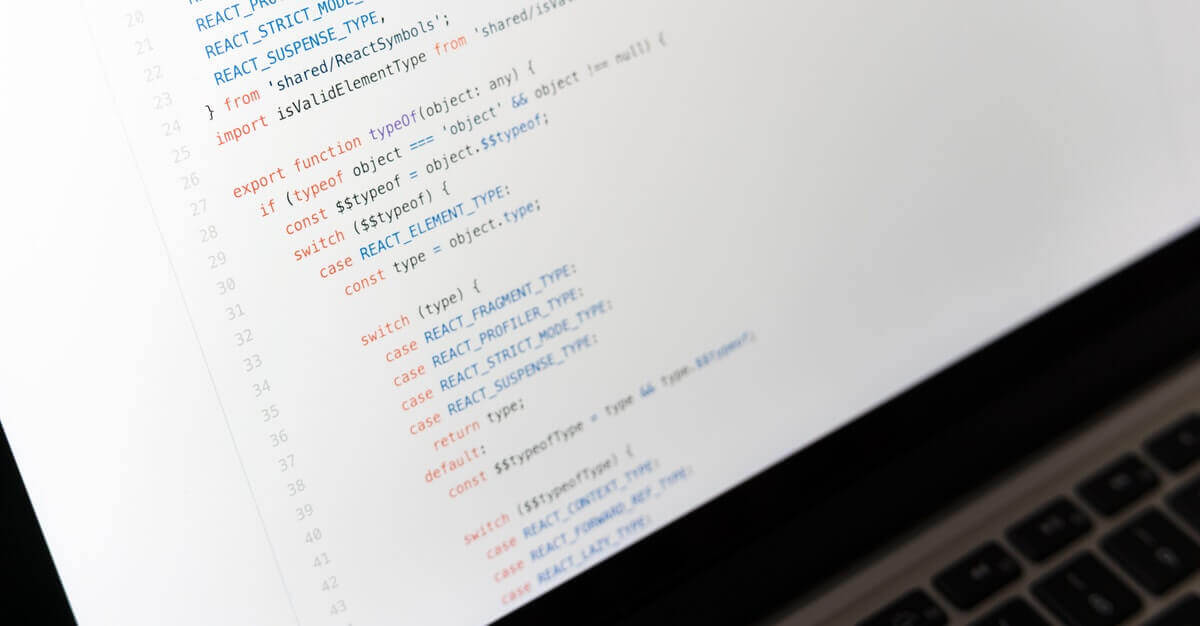 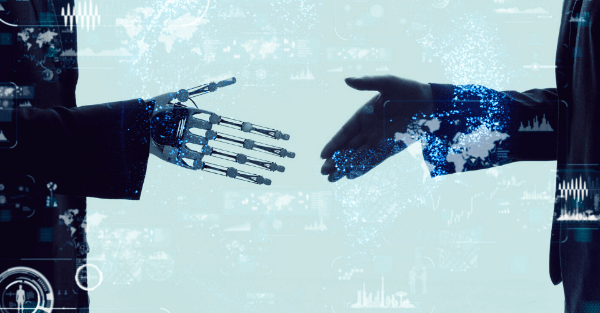 Rise Of Robots - Jobs Lost to Automation Statistics in 2022 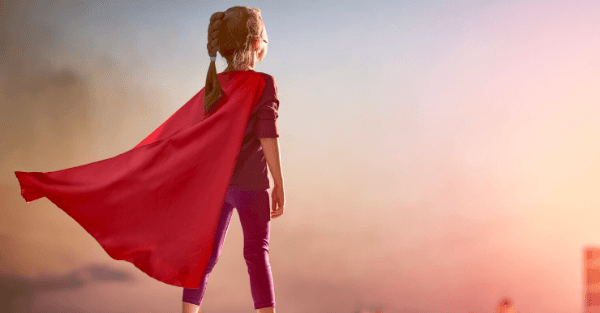 14 Women in Technology Statistics to Know in 2022