Do you remember the time when it was impossible to find music?

It’s a bit like building a robot at home today.

Thomas Edison invented the first phonograph in 1877. Over the years, we moved on to:

And then everything changed.

Today, everybody’s listening to music on their phones. (Not to mention playing games on smartphones... That spread like wildfire the moment it was invented!)

And this is where platforms like SoundCloud make life so much easier.

Today we’ll look at some interesting SoundCloud statistics that just might change your perception of the platform.

We have prepared some pretty astonishing facts for you today:

SoundCloud gives users the opportunity to fully embrace the world of music. It’s one of the biggest open audio platforms available today.

SoundCloud users can stream or upload music on the platform, receive links from related music, based on history, and subscribe to their favorite artists. There’s no fear of missing out here, as you will be notified when new uploads that you might be interested in are available.

Technology Growth Statistics that Will Intrigue You

Let’s start with a good one that we found absolutely mind-blowing.

That’s a lot of dough we’re talking about here!

But if we think about it, it’s only a natural step towards the inevitable (and we don’t mean this in a negative sense).

More than 4.4 billion people around the world use the internet actively today.

To put things in perspective, that’s 58% of the global population. And that number is growing by the day!

According to stats related to the accelerating growth in technology, every day there are 1 million new internet users globally. As you can imagine, they are not all limited to a desktop computer.

In total, there are 5.11 billion unique mobile users on our planet.

This number is mesmerizing on its own, but it gets even more interesting when we compare it to last year. In just one year, the number of mobile users has gone up by 100 million.

Why does all of this matter?

Well, for one, it’s quite relevant to the topic we’re covering today.

To be honest, we’ve never really received a negative response. From anyone.

Regardless of the style that you’re into, everybody loves a good tune.

Today, we’re so used to having access to information and media at the tip of your fingers that it’s extremely frustrating to imagine not being able to stream your favorite playlists on the go.

And this is where SoundCloud comes in.

It’s easy to discover new music on SoundCloud by following people with similar tastes. As soon as they place a song in their list of favorites, you get another notification. Filter out your music according to genres or tags and stay organized and ready to go.

The choice is yours!

And there isn’t even an obligation to sign in to use the platform for basic stuff.

That seems like we’ve got it all covered, so we can now move on to brilliant SoundCloud stats.

Did you know that SoundCloud has already been around for 12 years?

In 2008, Swedish-born Alex Ljung and Eric Wahlforss introduced SoundCloud to the world. The story is actually pretty amazing. It shows how two engineering students who were dissatisfied with the available music platforms could create something that made life easier for musicians and music lovers around the world.

We bet you’re already excited about the next time someone asks you what SoundCloud is all about, right?

At last, it’s time to jump into the numbers and explore how SoundCloud has been doing from a statistical point of view.

Looking into the history of the platform, we can clearly see the ups and downs over the years. The company has managed to stay afloat and secure its position on the market.

Competition from rivals such as Spotify does make things pretty hard. But let’s face it – this is how innovation is born.

One of the first questions you may have is:

How many users does SoundCloud have?

Nearly 200 million people access the platform every month. Well, the number still hasn’t reached 200 million, but you get the point – the achievement is pretty impressive!

The 175 million users discussed here are not necessarily active users on the platform but they have still shown some form of activity.

2.  The number of active registered users SoundCloud has per month is 76 million.

Research on SoundCloud users in 2018 looks further into the user base of the platform to establish that 35% of its audience is aged between 18 and 35. The age group covers university students and professionals.

SoundCloud is a free tool to use when done on a basic level. It also has different paid user plans. The subscription price won’t break the bank, but it is something to consider when looking into the position of a company.

A comparison of SoundCloud usage statistics to those of Spotify, for example, shows us that Spotify is a bit higher up the charts in terms of popularity.

Spotify has more than 217 million active users, and research suggests 18-24-year-olds are 2.14 times more likely to be active on the platform when being compared to the general population.

And this is one of the most music-mad groups out there.

3.  In total, SoundCloud has more than 272 million users.

It’s time to bring in the big numbers.

More SoundCloud users statistics show that, overall, the platform has generated substantial interest around the world, with more than 272 million users having access to it.

When looking into the global listeners of the platform, we find the number reaches 320 million.

2017 was a year of high achievements and sudden pitfalls for SoundCloud. It can safely be related to a pop quiz at school to see if you’re prepared for the real deal.

Later on, we’ll see how the financial performance of the company unveiled during the year.

For now, let’s stop with the SoundCloud traffic statistics and move on to the next intriguing facts.

5.  Users have access to more than 200 million tracks on SoundCloud.

At the start of the year, the company announced it had reached a 200 million-track milestone. This was a significant achievement to be remembered and showed a drastic jump from 2016.

In 2016, SoundCloud had only 125 million tracks uploaded for users on different subscription tiers. As you can see, a lot of uploading took place during the past three years.

To make things even more interesting, there’s something special about SoundCloud music. Unlike other streaming platforms such as Apple Music or Spotify, SoundCloud’s libraries offer a rich diversity of mashups, remixes, DJ mixes, and other exciting stuff.

That’s right. 20 million creators were recorded in SoundCloud statistics in 2018.

In October 2018, the company made an announcement regarding its new direct monetization program called SoundCloud Premier. Earlier in 2018, the platform partnered with Repost Network, a management and distribution company.

The deal had the objective of diversifying services provided to its 20 million creators.

And boy, did it change things around!

Names such as Chance the Rapper, Kali Uchis, Lil Uzi, Bryson Tiller, Metro Boomin, Alina Baraz, and more, are all members of SoundCloud Premier who shape the future of music.

By now, the latest SoundCloud statistics have probably given you a pretty good idea of SoundCloud’s presence, offering, and potential.

But how do things look from the inside when we look at its financial situation?

SoundCloud remains a controversial platform when it comes to generating revenue. Like many other companies, the platform has had its good and bad years.

According to SoundCloud statistics for 2017, the company had reached revenues of $102 million. To make the number stand out, we’ll just say that in 2016, its revenue was only $53 million.

In 2017, a number of companies such as Spotify and Google showed an interest in purchasing SoundCloud... (You remember what happened to WhatsApp, right?)

Although the estimated value of the company was $1 billion, analysts shared at the time that it could be purchased for $500 million.

And that’s exactly how much Google offered.

Did we mention that Universal, Sony, and Warner, three dominant record labels, all have stakes in SoundCloud?

9. In 2017, the company laid off 40% of its staff and closed London and San Francisco offices.

Despite the growth in revenue, 2017 was a difficult year for SoundCloud. Some analysts even though the company won’t be able to make it through the year!

And that’s not all:

10. The company received an investment from The Raine Group and Temasek Holdings for $169.5 million in 2017.

Over the years, SoundCloud has received substantial support from external institutions.

Apart from the $169.5 million financial injection in 2017, the company also received an investment of $70 million from Twitter, SoundCloud statistics show. The support from SoundCloud’s partners has certainly helped the company overcome financial issues and continue moving forward as a leading audio sharing platform.

How Much Does SoundCloud Cost?

If you still haven’t tried SoundCloud, you’re probably wondering what the best way to start is.

To shed some light on the area, let’s check out the prices of different subscription plans.

Users who want to get access to unlimited upload time, see full SoundCloud stats, replace tracks without losing stats, or schedule releases, can get the service for $12 a month.

Uses can also get access to SoundCloud Premier, use the platform in quiet mode, and more.

The SoundCloud pro is another version, which gives users something more from the basic subscription. Its cost is $6 a month and allows you to post in quiet mode and spotlight your tracks and playlists on your profile.

And of course, like any good music platform out there, SoundCloud offers its users the chance to use the service for free.

Of course, the experience can’t be compared to the paid versions, as it does have some limitations. However, you can still browse your favorite music and enjoy a diverse world of amazing tracks.

Phew, it seems like we’ve just about covered it!

SoundCloud was an amazing topic for us, as it’s not one of those topics that are everywhere. However, it is still an intriguing one to look into.

We’ve gone through a quick explanation of what SoundCloud really is, we’ve shared some cool facts about the platform, examined the latest SoundCloud statistics, and shared what types of subscriptions users can opt for, depending on their needs.

We’ve had a blast with this article and we hope you’ve enjoyed it too!

Until next time, guys!

10 IT Behemoths Hiring: What Companies Are the Best in the Technology Field 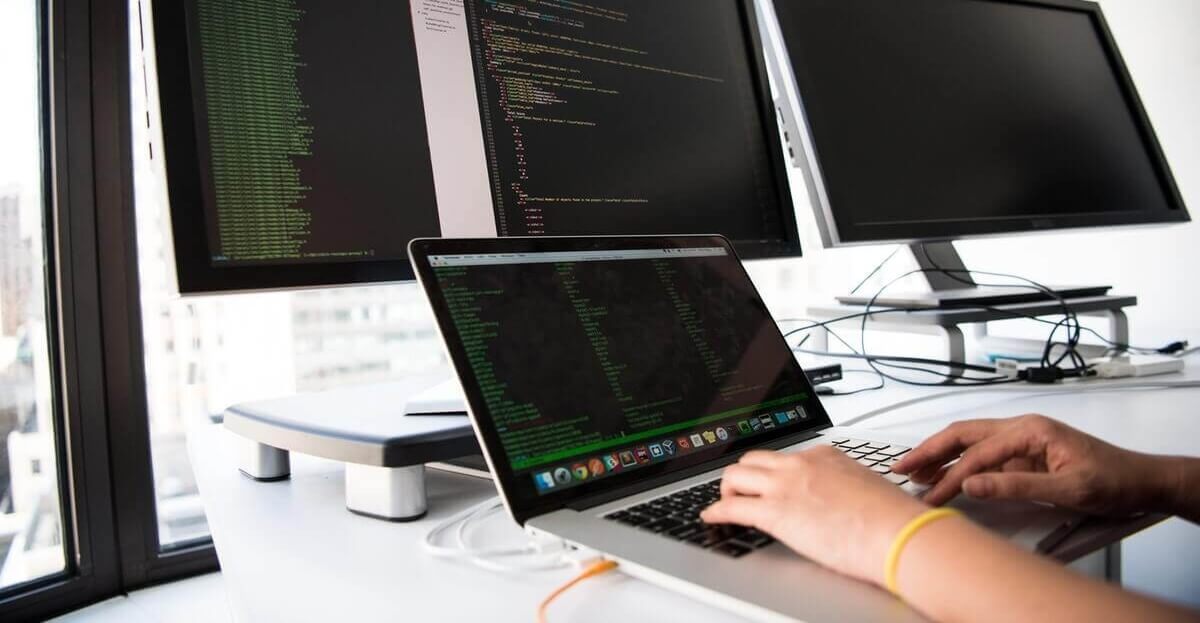 What Do Technology Jobs Pay: IT Career Prospects

IT Resume: The Ultimate Guide for 2021