What Is a Full-Stack Developer? A Short Guide

What Is a Full-Stack Developer? A Short Guide

Do you know what a full-stack developer is? If not, don't worry; you're not alone. A lot of people have no idea what this term means. These positions are in high demand, but what exactly is a full-stack developer? In short, it’s someone who can design and create websites, write code, manage databases, and more.

If you're interested in becoming a full-stack developer or just want to learn more about this field, keep reading. We'll explain everything you need to know about becoming one and what the job entails. Let’s get started.

What Does "Full-Stack" Mean?

Simply put, a full-stack developer is someone who can work on all aspects of a project, from design to coding to testing and deployment. That sounds like a lot of responsibility, and it is. But it's also a lot of fun and comes with a lot of rewards.

Usually, a project will have multiple developers working on it, each with their own specialty. For example, you might have a front-end developer who focuses on the design and user experience of the website or application and a back-end developer who handles the server-side code. But a full-stack developer is someone who can do both of those things and more.

What Does a Full-Stack Developer Do?

This type of developer wears many hats, which is one of the things that makes this job so interesting. No two days are alike when you're a full-stack developer.

In addition to your technical skills, you'll also need to have strong problem-solving ones. A lot of the work you'll do as a full-stack developer will be solving issues that arise during the development process. You'll need to be able to think on your feet and come up with creative solutions to complex problems.

What Does a Full-Stack Developer Need to Know?

You'll also need to be familiar with databases such as MySQL, MongoDB, and CouchDB. And should have a good understanding of server-side technologies like Apache, Nginx, and IIS.

When they're stacked up like this, it seems to be an arduous task to learn and master everything, so let's split it down into bite-sized chunks.

The front end of a website or web application is what the user sees and interacts with. It's the part of the project responsible for the design, layout, and overall user experience. As a full-stack developer, you'll need a strong understanding of front-end technologies like HTML, CSS, and JavaScript.

HTML (Hypertext Markup Language) is the code used to structure a web page's content. It defines the meaning and structure of the content, but it doesn't control the look or style of the page.

CSS (Cascading Style Sheets) is used to apply styles to HTML elements. Styles can include things like fonts, colors, and layouts. With CSS, you can control the look and feel of a web page.

JavaScript is a programming language used to add interactivity to web pages. It can be used to create things like drop-down menus, form validation, and interactive maps.

The back end of a website or web application is the server-side code that powers the front end. It's responsible for things like data storage, security, and performance. As a full-stack developer, you'll need a strong understanding of back-end technologies like Hypertext Preprocessor (PHP), Ruby, and Node.js.

PHP is a programming language that's commonly used for back-end development. It can be used to create dynamic web pages and web applications.

Ruby is a programming language that's similar to PHP. It's often used for back-end development, but it can also be used for front-end development with the help of a framework like Ruby on Rails.

Node.js is a JavaScript runtime that's used for back-end development. It allows you to use JavaScript to write server-side code.

According to the definition of a full-stack developer, this is the bare minimum you should know. If you don’t have much experience with the back-end, Ruby is a good place to start because it is very easy to learn, and you can then learn Ruby on Rails for extra benefits.

Still, it alone won’t be enough if you want to call yourself a full-stack developer. You'll also need a solid understanding of databases, server-side technologies, and deployment processes.

A database is a system for storing and organizing data. There are many different types of databases, but the two most common are relational and non-relational.

Relational databases, such as MySQL and Microsoft SQL Server, store data in tables. Tables are like folders in a file system. They're used to organize data so that it can be easily retrieved.

Non-relational databases, such as MongoDB and CouchDB, store data in documents. Documents are like files in a file system. They can contain data of any type, and they're often used to store data that's too complex to be stored in a table.

A good understanding of MySQL is another common full-stack developer requirement. Start by learning the basics of SQL, and then you can move on to more complex topics like database design and optimization.

A server is a computer used to host websites and web applications. Server-side technologies are responsible for managing the interactions between servers and clients. As a full-stack developer, you'll need to be familiar with server-side technologies like Apache, Nginx, and Internet Information Services (IIS).

Apache is a web server commonly used to host websites and web applications. It's open-source software, which means it's free to use.

Nginx is a web server that's similar to Apache. It's often used for high-traffic websites and web applications.

IIS is a web server that's commonly used on Windows servers. It can be used to host websites and web applications.

Full-stack engineers often require knowledge of one or more server-side technologies. Apache is a fantastic place to start if you're unfamiliar with any of them. Plus, it’s one of the most widely used web server software on the net, powering 67% of all websites worldwide.

After you've built a website or web application, you need to deploy it to a server so that it can be accessed by the public. Deployment is the process of copying the code and assets from your development environment to a production environment.

Maintenance is about keeping a website or web application up and running smoothly. As a full-stack developer, you'll need to be familiar with everyday maintenance tasks like patching, backup, and recovery.

To be a full-stack developer, you need to have a strong understanding of both front-end and back-end technologies. You should also be comfortable working with different programming languages, frameworks, and tools.

If you're just starting, it's best to focus on one particular area. Once you've mastered the basics, you can learn about the other side.

Being a full-stack developer is a challenging role that requires a wide range of skills. However, it can be very rewarding. If you're interested in becoming a full-stack developer, start by learning the basics of web development. Once you understand front-end and back-end technologies, you can start learning about different programming languages, frameworks, and tools.

What do full-stack developers actually do?

Full-stack developers are responsible for the entire web development process. This includes everything from designing and coding the website to deploying and maintaining it.

What are the skills required for a full-stack developer?

To be a full-stack developer, you need to have a strong understanding of both front-end and back-end technologies. You should also be comfortable working with different programming languages, frameworks, and tools. We have covered this topic in detail in our: "What Is a full-stack developer?" article above.

Do I need a degree to be a full-stack developer?

No, you don’t need a degree to be a full-stack developer. However, having a degree in computer science or a related field can be helpful.

What Companies Are the Best in the Technology Field - 10 IT Behemoths Hiring: 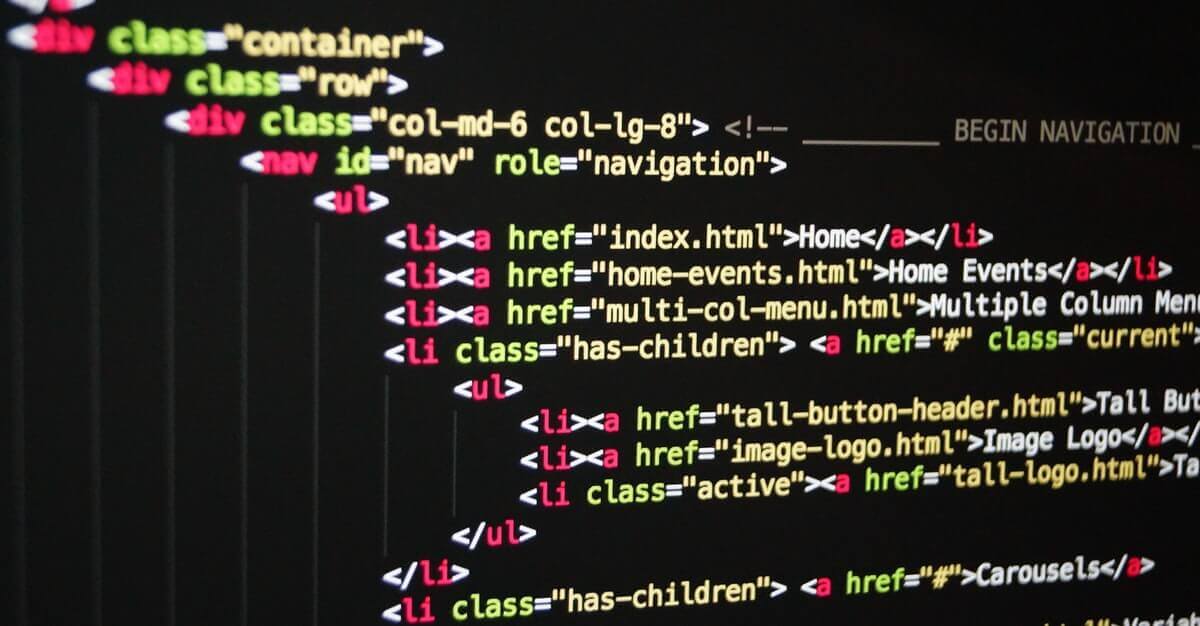 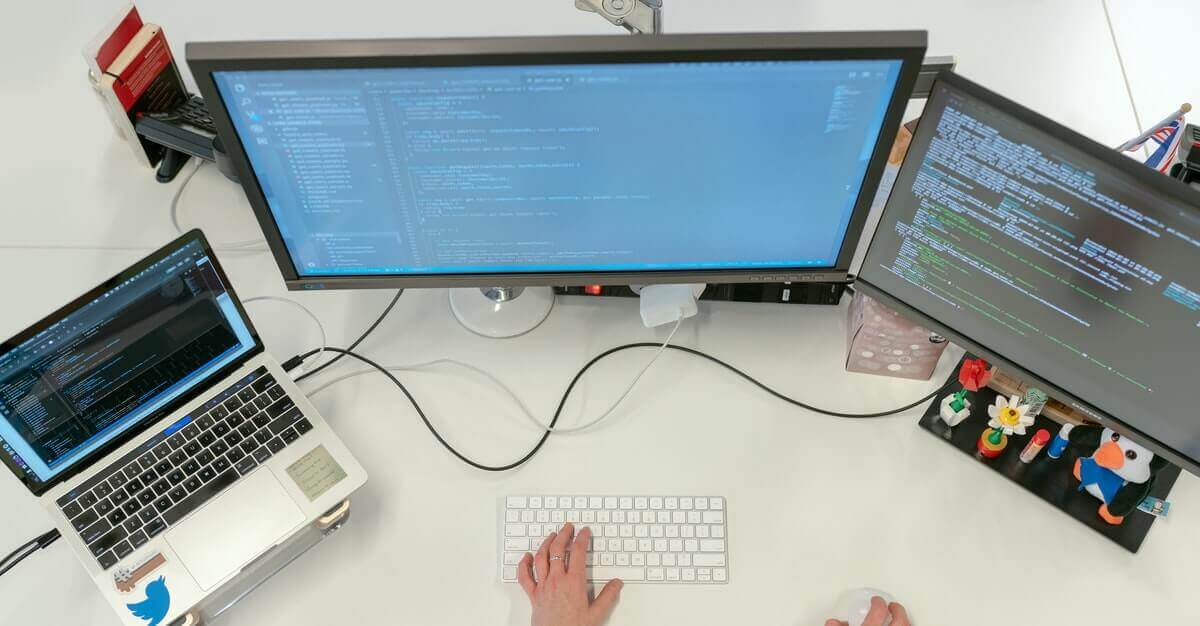 Is Swift Easy to Learn?